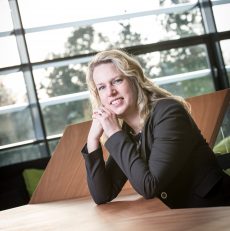 Mascha van der Voort is a professor in Human Centred Design at the Faculty of Engineering Technology and scientific co-director of the DesignLab of the University of Twente. With a background in both civil engineering and human-centred product design, Mascha likes to work across disciplines in application fields ranging from automotive, policy making, to healthcare. She is passionate about creating impactful and meaningful solutions to the challenges we face as society.

Mascha is convinced that true innovation can only arise from a cross-disciplinary approach and co-creation. As a professor in Human Centred Design she continuously develops new design approaches and tools for eliciting real user needs, anticipating product use and accessing the use related expertise of stakeholders by actively involving them in development or change processes. Acknowledgement of the use related expertise of each stakeholder is key to this elicitation process. Overall aim of the chair on Human Centred Design is to support the development of products and services that meet the needs and wishes of all stakeholders. Scenario-based and participatory design approaches and tools are developed that facilitate cross-disciplinary and level  knowledge exchange between stakeholders and the design team. Techniques as workshops, gaming and virtual reality are frequently part of these design supports.

Concurrently, Mascha teaches subjects related to human-centred and scenario-based design, human factors and research methods. She was one of the founders of the Industrial Design Engineering (IDE) educational programs at the University of Twente in 2001. Moreover, in 2014 she co-established the DesignLab, of which she is currently scientific co-director. 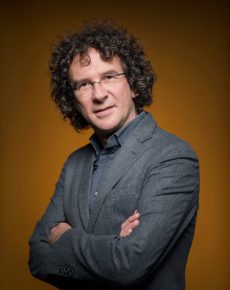 Peter-Paul Verbeek is distinguished professor of Philosophy of Technology and co-director of the DesignLab of the University of Twente. He is also honorary professor of techno-anthropology at Aalborg University, Denmark. His research focuses on the philosophy of human-technology relations, and aims to contribute to philosophical theory, ethical reflection, and practices of design and innovation. His publications include Moralizing Technology: Understanding and Designing the Morality of Things (University of Chicago Press, 2011) and What Things Do: Philosophical Reflections on Technology, Agency, and Design (Penn State University Press, 2005).

Verbeek is chairperson of UNESCO – COMEST (World Commission on the Ethics of Science and Technology) and member of the Dutch Council for the Humanities; the Supervisory Board of TNO (Dutch Organization for applied scientific research); the board of the Rathenau Institute; the program council for Responsible Innovation of NWO – Netherlands Organization for Scientific Research; the Sector Plan Committee Social Sciences and Humanities of the Dutch Ministry of Education, Culture, and Science; the Dutch National Commission for UNESCO; and the Commission for the Freedom of Academic Pursuit (KNAW).

Michiel de Lange is an Assistant Professor in New Media Studies at the Department of Media and Culture Studies, Utrecht University. He is co-founder of The Mobile City, a platform for the study of new media and urbanism; advisor e-culture at Mediafonds; and works as a researcher in the field of (mobile) media, urban culture, identity and play. Since April 1 2015, he is a researcher in the NWO Creative Industries funded project “The Hackable City”, about the ways digital media shape the future of city making.

In 2010 Michiel completed his PhD dissertation at the Erasmus University of Rotterdam (Faculty of Philosophy) called “Moving Circles: mobile media and playful identities”. It is about the way mobile media technologies shape the construction of personal and cultural identities in urban settings. De Lange was trained as an anthropologist at the University of Amsterdam, and studied Industrial Design and Management for a year at the TU Delft. De Lange studies, writes, gives talks, and organizes events about media technologies in the city. 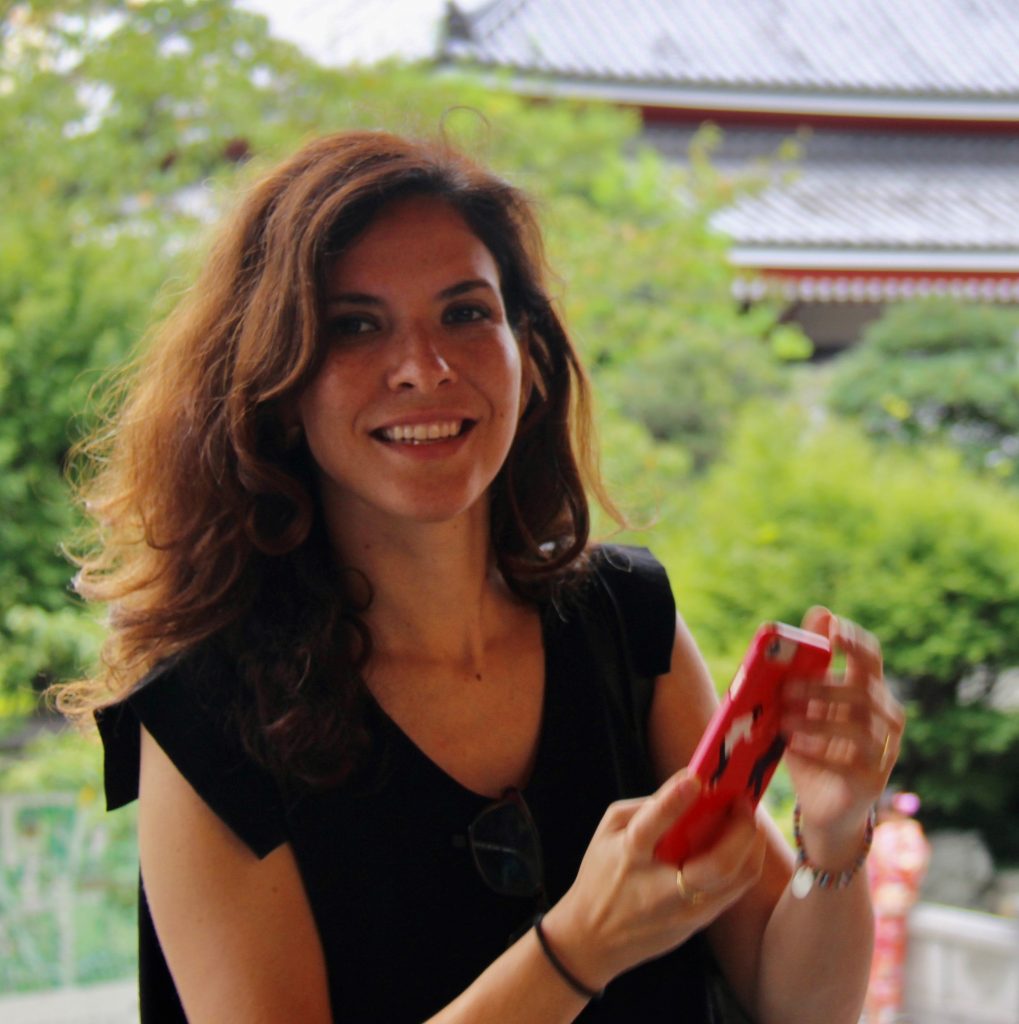 Julieta Matos Castaño is a postdoctoral researcher at DesignLab (Human Centred Design, University of Twente). Her research interests lie in the development of approaches to support collaborative future making. In this project, Julieta explores ways to  develop inclusive smart city visions. To this end, she explores the relations between design practices, inclusive imaginaries, sensemaking processes and smart city futures.

Her PhD dissertation at the University of Twente was about multi-stakeholder dilemmas during the design and decision-making of multifunctional projects. During her PhD, Julieta developed a collaboration tool (“the dilemma cube”) to make dilemmas explicit in a collaborative setting.

Julieta enjoys working in multi-disciplinary teams and has experience in various fields: she is an airport planner and, after obtaining her PhD, she worked as a change management consultant. Next to her research, Julieta works as a freelance consultant and has co-founded the Speculative Futures chapter in the Hague. In her free time, Julieta loves painting, literature and wine tasting. 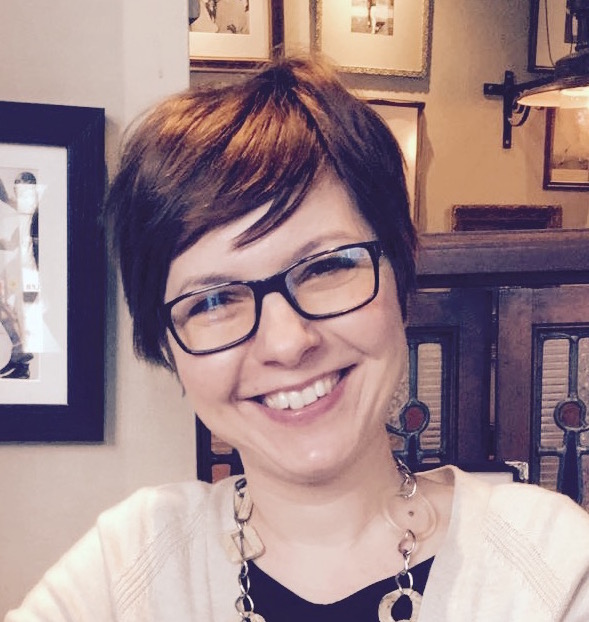 Corelia Baibarac-Duignan is a researcher at the Department of Media and Culture Studies, Utrecht University. Originally trained as an architect, Corelia has a PhD from Trinity College Dublin in sustainable development (2014). Her doctoral thesis, entitled “An Urban Spacebook: Re-mapping the City with Mobility Practices and Experiences” (http://www.tara.tcd.ie/handle/2262/79475) focused on digital platforms for enhancing civic participation in urban planning, using the lens of people’s everyday mobilities and participatory research with Dublin inhabitants and council planners.

After her PhD, Corelia moved to London where she worked as an urban planner for a local council and later joined the School of Architecture at the University of Sheffield as a Marie Curie Research Fellow on the EcoDA project; “Experimental co-Design Approaches: Investigating possibilities for creating networks of resilient citizens and civic actions of urban resilience through hybrid platforms”. The postdoctoral project explored opportunities for scaling community-based resilience initiatives (e.g., urban agriculture, self-built and ecological practices, social entrepreneurship, civic and cultural activation) using digital tools. Co-designed with practitioners and local residents involved in initiatives in Paris, London and Bucharest, the tools were prototyped as a way of improving urban resilience in an open-source and commons-based way. 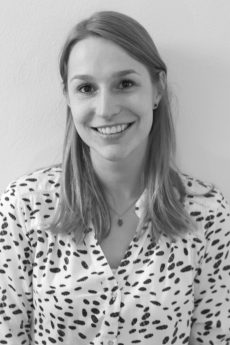 Anouk Geenen is a PhD candidate within the Human Centred Design group at the University of Twente. She is co-founder of the Speculative Futures chapter in The Hague. With a bachelor in Liberal Arts and Sciences and a master degree in Theoretical Physics combined with a Science in Society major, Anouk is an interdisciplinary scholar at heart.

Her graduation project at the Rathenau Institute focused on the societal impact of the so-called Internet of Energy -where digitization and the energy transition meet. This fueled her interest in socio-technical transitions and the ethical and political questions they pose.

Anouk is interested in combining the hands-on approach of design with the theoretical frameworks from philosophy and science and technology studies. In this project, she will look at meaningful ways to bring various stakeholders together, in order to let them reflect upon the smart city technologies and co-create a future city together.

Today at 17:15, Deger Ozkaramanli and I will present our ideas for making room for moral engament in design methods. That’s session 81 at #phtr2020 . It’s a tough choice, because you will miss out on my colleagues @CianoAydin (session 77) and @proxyjesse (session 80).

We really enjoyed exploring approaches for 'agonistic engagement' around smart city futures at the #phtr2020. We thank participants who joined us and provided inspiring insights (and feedback!). Below, you may see the collective imaginary they created: "Justice in Practice" 😍Wow