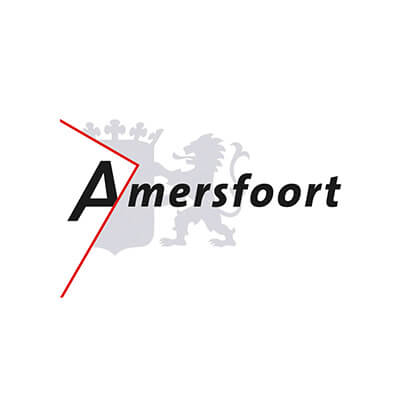 ‘Long John’ (‘Lange Jan’ or officially: ‘Onze Lieve Vrouwetoren’) was built around the year 1500, is nearly 100 meters high and is known as the geographical center of the Netherlands. The tower represents the medieval city all Amersfoort’s citizens are proud of. But beautiful old buildings are not Amersfoort’s only characteristic: Amersfoort is an energetic city with more than 155,000 inhabitants – and still growing – that is attractive both to live in because of its high level of facilities and green environment, and to companies because of its accessibility and well-educated population. Citizens are interested in the way the city is administered and have an open mind towards new ideas.

From 2013 a couple of falcons uses ‘Long John’ every year as a place to give birth to their children.

The nest is closely observed by a piece of modern technology: a public webcam.

Amersfoort is aiming at ‘healthy urban living’ by using smart city technology in:

Small pilots are organized to learn from smart city technology in public space. In these pilots, the city board and civil servants, citizens, companies and knowledge institutions work together. An important aspect of using technology is the collection of data. Amersfoort closely follows the public debate on ethical aspects and participates in VNG’s initiative Principles on the Digital Society.

Amersfoort welcomes the UT project ‘Designing for Controversies in Responsible Smart Cities’, because it helps us to take advantage of opportunities offered by smart city technology, and set conditions if necessary.

"Designing for Controversies in Responsible Smart Cities" NWO project, a collaboration between University of Twente and Utrecht University.

Last week I presented my paper 'Curious Controversies: A systemic design lens to understand value conflicts in the smart city' at the @RSDSymposium. Check it here👉
https://rsdsymposium.org/curious-controversies-a-systemic-design-lens-to-understand-value-conflicts-in-the-smart-city/
Great collaboration with
@degerozi @Henriqueta_Dorr

So inspiring to be at the https://society5festival.com/ organized by the
@HvA. With @AmsterdamNL, we engaged in interesting conversations about #smartcities, #urbanfutures, and alternative imaginaries. We loved using our Future Frictions app, and learning from the work of @BOLDCities!

Today at the Society 5.0 Festival organised by the @HvA together with @AmsterdamNL and @mdelange from the Future Frictions App from @UTwente & @UniUtrecht. Lots of good conversations about #datacollection, #sensors and citizen perspectives in the #smartcity